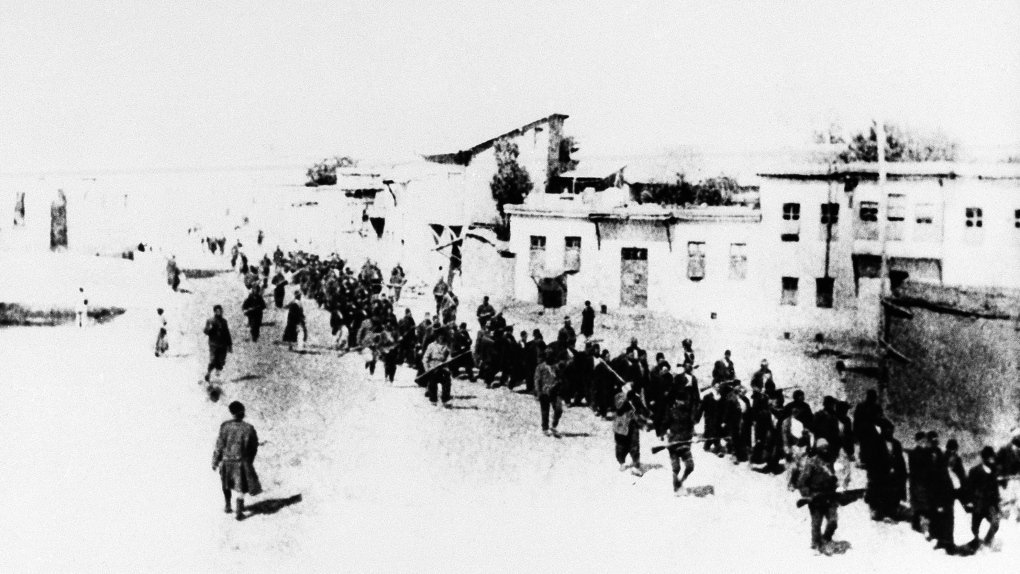 Remembering my grandfather Vartan, a survivor of the Armenian genocide

TORONTO — “Who, after all, speaks today of the annihilation of the Armenians?” Adolf Hitler is quoted as saying in historical accounts.

The truth is grim. Few people speak of the genocide of 1915 during which Armenians perished at the hands of the Ottoman Empire.

Some 105 years after the Armenians were rounded up; the bones of the dead have long since been scattered to the winds — but their memory lingers on in my family.Like many Armenian-Canadians, I was a child when I first heard about the genocide. My grandfather, Vartan Nersessian, was a survivor of the Armenian Genocide of 1915 — the survivor from his family. He died before I was born, but after unearthing his handwritten memoirs and translating them with my father, I heard his story in his own words.

In 2005, when I asked Nobel laureate and Holocaust scholar Elie Wiesel to write a piece to accompany the translation of these memoirs, he responded that he was overwhelmed with work and travel and added: “I admire your sense of urgency in working to ensure that past horrors — the Armenian Genocide, the Holocaust, or any other dark time in history — are not forgotten….please know that I continue to defend Armenians’ memory.” Wiesel died in 2016. May they both rest in peace.

This was first published 15 years ago. I’ve resurrected it today, on the 105th anniversary of the genocide. 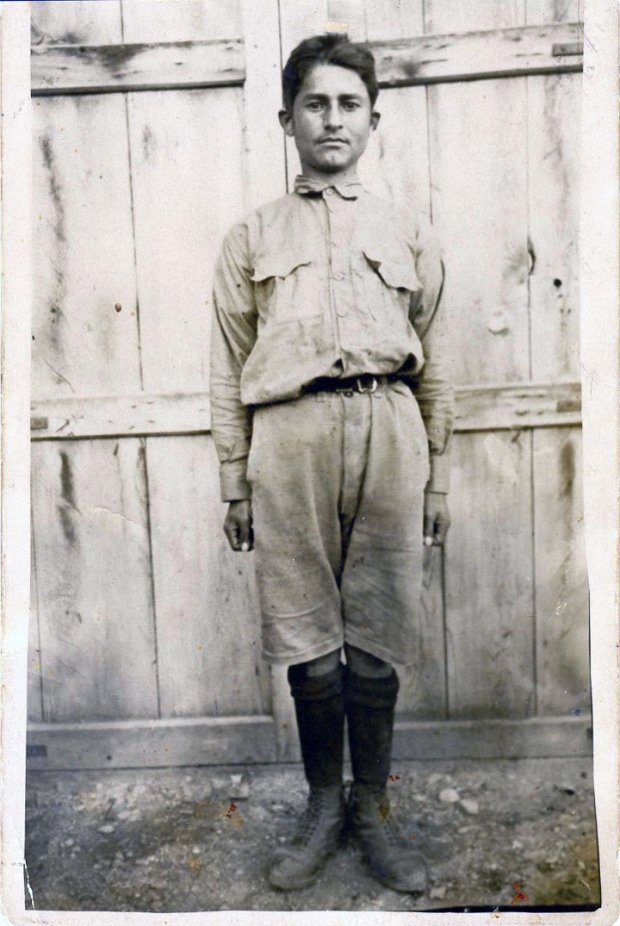 FROM THE BEGINNING OF THE MEMOIRS

Vartan Nersessian was born Vartan Giragosian in the small village of Frnouz. But he grew up in a village called Gouchogh. In 1915, the village was a part of Zeitoun, a town of 7,000, incorporating surrounding mountainous villages in Ottoman Armenia, today’s modern-day Turkey.

By 1875, several families had settled there and a church and school were built. By 1915, there were about 60 homes and 350 villagers in total.

My grandfather’s recounting of his story begins when he is a young boy of 7 or 8 and the Ottoman soldiers enter his village.

It was around Easter, a time of celebration for the devout Christian community.

“Six days after Easter on a Saturday night, about 400 soldiers came to Gouchogh and entered some houses. They didn’t tell us that they would expel us, fearing that we would tell people from Frnouz and other villages who might take up arms.”

Some of the families decided to brave the mountain conditions and flee. My grandfather’s family was one of them, but they abandoned that plan when they realized his father was too ill to walk more than 20 metres at any given time.

The decision was simple, the family would stick together. But “Sunday morning, we too were forced to go with the caravan,” he wrote.

They set out with some food, a blanket and a horse for Vartan’s father to ride on.

The family’s 200-strong goat herd had been taken.

The caravan of displaced Armenians travelled, sometimes by train, more often on foot, stopping only to add to the crowd of those exiled.

“In Konya, they took us to a mosque and kept all our beds, blankets and furniture from us. For four nights we slept without blankets. The children were weeping, ‘Mayrig, g’mrseem, hatz gouzem.’ (Mother, I’m cold, I want bread.) Finally, the fathers and mothers gave in to the despair and starting crying themselves. What could they do? There was nothing to give their children.”

Four days later, they set out again. This time the men were forced to walk on foot while the soldiers beat them. Among those men were Vartan’s father and brother Dyeuvlet.

Yet they still hoped that they would be permitted to return to their homes. Instead, they were forced to continue onward to Syria.

But, there was death every step of the way.

“Hundreds of Armenians were buried – so many that we buried 8-10 bodies just in one ditch. I even saw it with my own eyes. My little sister was also sick and my mother had made a makeshift swing to rock her so that she would sleep. She asked me, ‘Can you check if she is sleeping or awake?’ I told her that her eyes were open. My mother ran immediately toward her and began crying. She was dead, apparently, but I hadn’t understood. A few days later my brother Dyeuvlet also died, and we buried him with some other bodies. Not another two days passed and my father’s brother also died…And of those who remained alive, we got up and kept travelling toward Aleppo. Our money finished, my father sold our horse…. My little brother Setrak and my little sister Arshalouise died there too. My father, mother, two brothers and my sister were left.

“From Aleppo, one part of the people was sent to Der Zor –, they killed almost all of them. As for us, they sent us to Damascus by train.”

They were taken to several other towns on their journey by 1916, they arrived in a town called Latakya.

“Until 1918, we lived from here and there. Sometimes in the villages, sometimes we went to the towns…And in the beginning of 1919, we went to Alexandria on a ship. My father died in Latakya.”

It’s unclear how he died. However, Vartan remained on the move and ended up in the southern town of Marash.

“In Marash, we stayed for a while…we wanted to return to our villages but the English government told us not to go. But we didn’t listen to them and left. We wanted to tend to our farms and gardens. And everyone returned to his village.”

In a few months’ time, they had a herd of cows, bulls and goats together and enough food to last them through the winter. Eight months passed and soon, word of renewed violence against Armenians came to the village.

“Near us, understanding that Gouchogh was without protection, the Turkish peasants started to rise up. We understood that things were beginning to stir, so we decided to move to Zeitoun.” 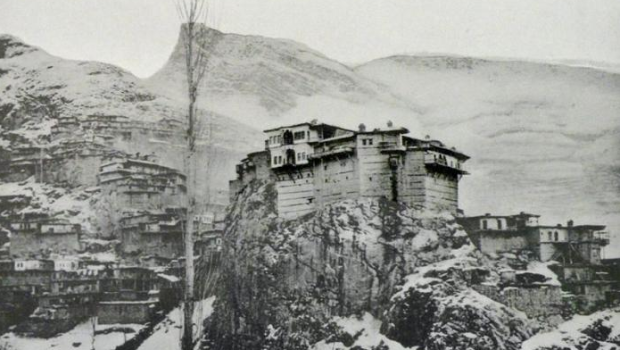 Suddenly word came from a nearby village that the Armenians should hide in the caves and Vartan’s family took shelter once again.

One morning, when Vartan and his family members were chopping walnuts and onions for their noon-time meal, they heard a noise from outside the cave.

“My brother rushed outside and just as suddenly returned. My mother asked:‘Dghas Markar, eench gah?’ (My son, Markar, what is it?) He told her that nothing was wrong so as not to incite fear in the household. But all the same, he took the gun from the wall and rushed outside.”

Although Vartan was recuperating from an illness, he became restless and ran outside to see what was going on.

“From our side, only Mikael Seyrekian, Panos Karageuzian, and Khacher Jumbulian fired their guns while from the enemy side, hundreds of guns fired.”

Vartan fled with his friend Hovnan.

“We were unsure what to do. Confused, we stopped in our tracks. Then a few people joined us. One of us noticed that someone was approaching from below… We could see the footprints in the snow. We were trying to determine this but before we even finished speaking, suddenly from behind a graveyard, five to six people emptied their guns on us, attacking us.”

The boys ran for their lives through deep snow.

“A few times I fell and I was buried in the snow, I thought that I was struck by a bullet because they were falling like hail. My friends ran ahead and I was left alone. I was the smallest from my friends — and weak. They didn’t look for me and I was left much behind and lost them.

Vartan followed the path his friends had made in the snow.

“From my fatigue, my throat was dry and it closed up, like I was choking. I thought if I swallowed some snow, it would not only wet my throat but that it would serve as Holy Communion if I were to die. It wet my throat and I felt a bit stronger and I quickened my journey.

“I thought to myself: if I stay here I won’t be able to help anyone nor save myself. I thought that I should find the path to Hinkegh to bring news.”

On his path, he arrived upon a small cave and deliberated whether to enter it or not.

“I figured I might end up as the meal for a wild animal such as a bear or a pig. That would be better, I thought, than to die in the hands of the enemy. I entered and after resting a bit, my resolve on behalf of my people did not let me delay and I kept going.”

Upon approaching the nearby village, he came upon some relatives and neighbours who told him word had already reached them, and that his mother had been shot, and killed.

“And upon hearing my mother was struck, I started yelling, crying. From the mountains, my voice echoed.”

But there was no time to dwell on her death.

Vartan joined a group of men who returned to one of Zeitoun’s villages at night.

“As dark is falling, they saw that those who have fled have escaped, and the rest have been massacred,” he wrote.

FROM LEBANON TO JERUSALEM

Vartan’s memoir ends here. What happened in the days that followed is unclear. The rest of the story has been pieced together by what he told his children and his wife – in those rare moments when he spoke of his past. 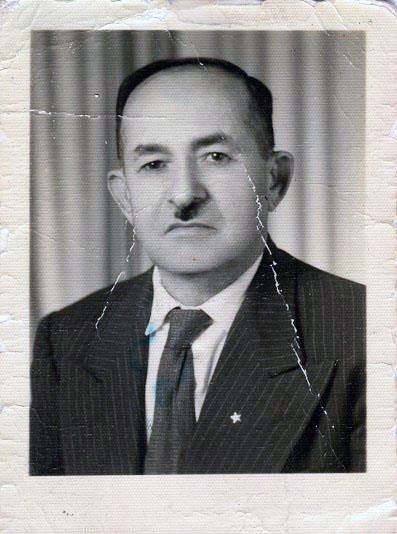 French missionaries took him to Zahleh, Lebanon where he was placed in an orphanage and learned the skills of a cobbler.

When he was asked what his last name was, he didn’t know. There were so many people in his village with the Giragosian surname that they often called each other by their first names or nicknames. When he told the orphanage officials that he was called “Nerses’ Vartan”, or Nerses’ grandson Vartan, they named him Vartan Nersessian.

Later, he found out his family name was Giragosian but the name stuck anyway.

Sometime around 1924, after leaving the orphanage, Vartan arrived in Jerusalem, then Palestine. He was about 16. Vartan began working at the St. James Monastery in the Armenian Quarter where he was in charge of the storeroom and kitchen supplies.

Eventually, he met and married my grandmother Mariam Hanessian, 14 years his junior. At 22, she became a mother to Gadarine, who was named after my grandfather’s slain mother.

His second-born, my father Yeghia, was named after my grandfather’s father.

The family continued to grow. Another 6 children would be born, sadly one of them would die in infancy.

But there was a hole in his heart. He never found the brother he hoped was alive and he looked for him until the end of his days.

Then in 1973, at the age of 65, Vartan was crossing the road on an errand for work when he was struck by a vehicle and died.

One of the first things his children did after his death was to open a drawer he had always kept under lock and key. As children, they had not been permitted to open the drawer and so they always imagined that he had stashed a small fortune.

They did find a treasure, but not of the type they had imagined. Instead they found the cup, plate, and spoon that he kept from his days in the orphanage, and the handwritten pages of his memoirs.